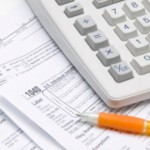 Editor’s note: I saw @steven4bflo blasting out a bunch of tweets tonight about the tax ramifications regarding if the Bills were to be sold. I asked if he’d mind summarizing those tweets into a blog post for our site, and he was gracious enough to agree. Since I almost failed Economics, and since he claims to be a CFP (Certified Financial Planner), I’m going to take his word on a lot of this stuff. Do with this information what you will. –Del

Rumor has it Ralph Wilson might be selling the Bills. Seems like for forever people have said that that would be crazy because if he dies, his inheritors will receive a stepped up cost basis and he can avoid capital gains taxes. What is a stepped up basis? Here’s how it works under current law:

Now lets say Ralph doesn’t sell the Bills and dies. All of his assets with a capital gain receive a stepped up basis, which means the cost basis resets to the current value ($800). If his estate sells the team immediately they owe no capital gains taxes.

But wait there’s more, throw in the fiscal cliff issue and Ralph has a new potential reason to sell now instead of later. The top capital gains rate today is 15%, but if there is no extension then starting in 2013 the top rate will be 20%. Also, no matter what happens with the fiscal cliff, there is a new 3.8% Medicare tax starting in 2013 that Ralph would face if he sold the Bills. This means if Ralph sells the Bills on 12/31/12 he owes only 15% in taxes, if he sells on 1/1/13 he would likely owe 23.8% in taxes.

Aside from capital gains taxes, Ralph definitely has an estate tax issue.

I don’t know much about Ralph’s total estate value but it’s probably fairly safe to say that his estate will need a lot of cash to pay estate taxes. The current federal estate tax rate is 35% on estates over $5 million. If no fiscal cliff deal is reached that goes to 55% on estates over $1 million starting in 2013. We just saw George Lucas sell Lucasfilm to Disney to help solve his tax and estate plan.

If Ralph is afraid of estate taxes going up he could consider selling all or part of the Bills to reduce the value of his estate by paying capital gains taxes now at 15%. If he made the choice to sell before he dies he should definitely do it in 2012 from a tax perspective. Let us all hope Ralph hates capitals gains and estate taxes. Go Bills!